2015 Tour
Yarilo on Tour in Moscow, Sofia, and Zürich 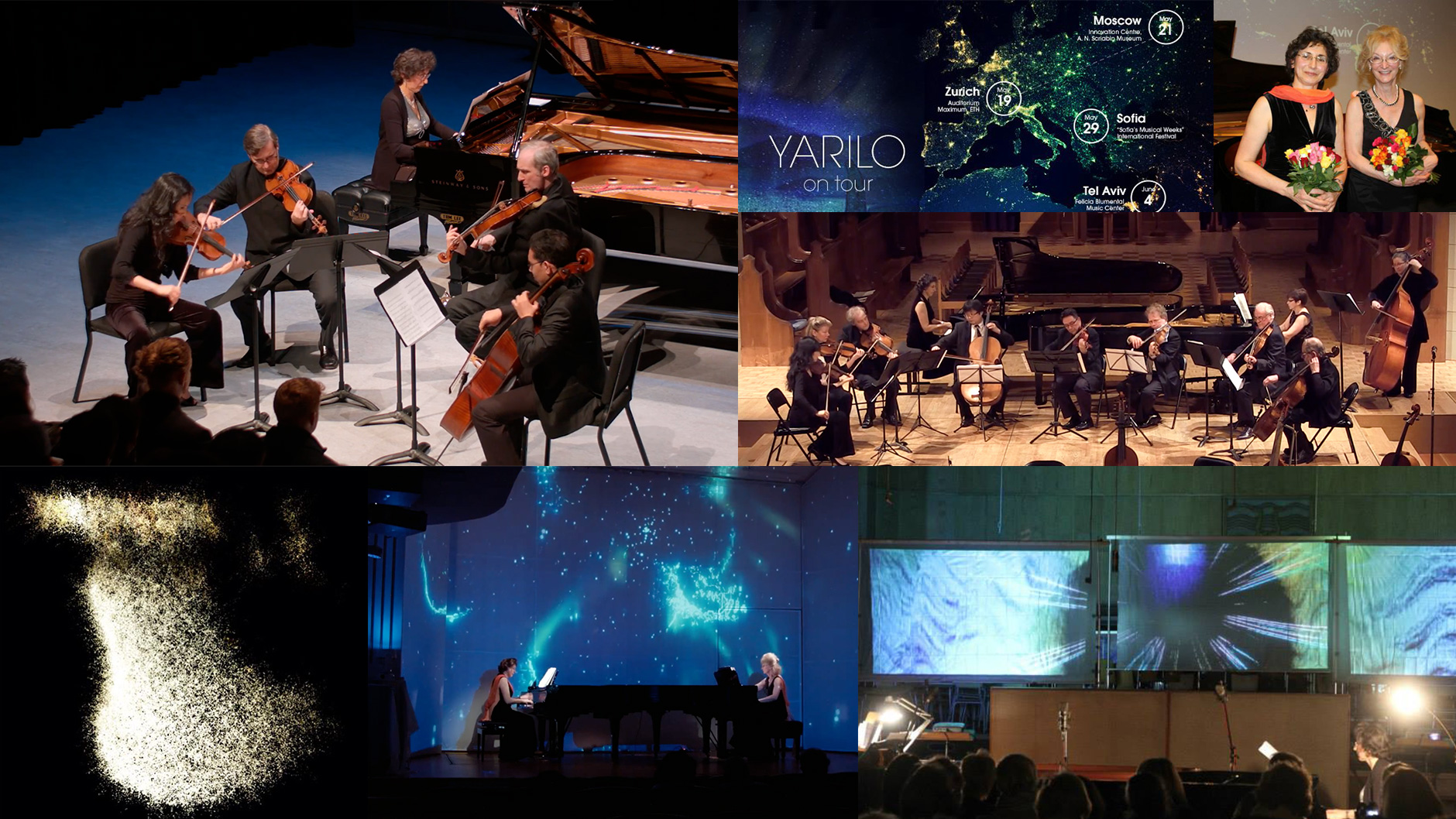 “The musical directions I have taken as a composer address very serious contemporary problems: philosophical, religious, moral, the problems of the individual’s spiritual life and their relationship with the world around them; problems of beauty and its relationship to reality.” -Nikolai Korndorf (1947-2001)

Yarilo Contemporary Music Society was founded in honour of the late composer, Nikolai Korndorf. It originated as the piano duo of Jane Hayes and Anna Levy in 2001, and was incorporated as a society in 2011. “Yarilo” was Korndorf’s most famous piano work and it is closely associated with his compositional principals and philosophy. In a bid to keep his memory alive, the society adopted the composer’s vision and values; it strives towards social and artistic balance. Each one of our projects conveys a strong message—moral, historic, social or artistic.

Yarilo’s mission is to explore new ideas in the contemporary repertory and present them in novel ways by involving other disciplines (poetry, multi-media, ballet). With every new production, Yarilo strives for artistic novelty, and to create a unique and memorable event. Our artistic goals embrace the relentless search for the new musical trends of our times; the discovery of masterpieces, new and forgotten, and presenting them in collaboration with Vancouver’s professional music elite.

Anna received her Bachelors and Master of Music degree in piano from the State Academy in Sofia, Bulgaria in 1980. She later became a member of the piano faculty at the State Music Preparatory School and the State Academy, a position she held for nearly ten years. In 1987 she won a scholarship to attend the State Conservatory in Moscow, where she worked in the piano class of Margarita Fyodorova (a student of Neuhaus) and the musicology department, completing her Doctoral of Musical Arts degree in both piano and musicology in 1991.

Since coming to Canada she has appeared both as a soloist and chamber musician championing contemporary music. Anna has received support from the Canada Council for the Arts for a concert of Russian music in Reykjavik, Iceland. More recently, she has appeared as soloist at Kwantlen College, Simon Fraser University and Capilano College, in performances of the music of Scriabin, Alfred Schnittke, Nikolai Korndorf and numerous Canadian composers. As both performer and musicologist she is a specialist in the music of Eastern Europe with scholarly contributions to the New Grove Dictionary of Music and Musicians. With her husband, Dr. Gregory Myers, she has presented papers at a number of musicological meetings here and abroad. Among her publications is an interview with internationally renowned composer Karlheinz Stockhausen.

Anna issued her first CD in 2003. The same year she formed the Yarilo Music Ensemble in collaboration with fellow pianist Jane Hayes, and in May 2005, her ensemble was featured in CBC broadcasts. The ensemble has been receiving support from the Canadian Music Centre, the BC Arts Council and the Burnaby Arts Council for the commissioning and performance of new compositions. In June 2007 Anna took part in a Central European music festival in Seattle’s Benaroya Hall with a program of contemporary solo Bulgarian piano music. On May 31, 2008, she presented a concert of contemporary Bulgarian chamber music as part of a series offered by Vancouver’s Christ Church Cathedral.

Since her debut with the Toronto Symphony, Jane Hayes’ concerts have taken her across Canada, the United States and Europe. Her early studies were in her native Ottawa and she went on to study with such notable pianists as Bela Siki, Menahem Pressler, Pierre Sancan, and Patricia Parr. She can be heard frequently on CBC radio and has recordings available on the Fanfare, EMI, Centrediscs, ATMA, Artifact, CBC-Musica Viva and CBC SM5000 labels.

Jane Hayes’ repertoire spans baroque through contemporary solo and chamber music. For years, she was a favorite collaborator of cellist Harvey Shapiro in the Victoria International Festival of the Arts and has partnered such fine instrumentalists as violinists Eugene Fodor and Daniel Heifetz, cellists Andras Diaz and Tsuyoshi Tsutsumi, and flutists Julius Baker, Carol Wincenc and Bonita Boyd among others. But as a performer and teacher, Jane has been noted for her involvement in making contemporary music accessible to audiences, students and teachers.

In 2002, as a founding member of the Vancouver-based Turning Point Ensemble, Jane endorsed the group’s mission – to increase the appreciation and understanding of music composed in the past hundred years and to initiate a renewal of Canadian twentieth century music with the building of new repertoire by outstanding composers. To that end, Jane has premiered dozens of new works written for her, for the Turning Point Ensemble and her two-piano Yarilo Ensemble. She has also been a featured artist on five CDs devoted to the music of Canadian composers – Remember Your Power (the music of John Burke), Strange Spheres (music of Rudolf Komorous), Disasters of the Sun (the music of Barbara Pentland, with Judith Forst), Expressivity (solo piano music of Christopher Ludwig), and Far Other Worlds (the music of Euphrosyne Keefer). A publication and CD of three early solo piano works of Barbara Pentland will be ready in September 2010 through Avondale Press.

In addition to being the Director of Keyboard Studies at Kwantlen Polytechnic University in Langley, Jane maintains a busy performing and adjudicating schedule. Now Past-President of the Canadian Music Festival Adjudicators’ Association, she regularly travels to both small and large Canadian centres to judge solo and chamber competitions, including the E-Gre competition, Pacific Coast Music Association Competitions, and provincial and local festivals. As a performer, she frequently appears in a collaborative capacity. She has currently partnered with clarinetist Francois Houle, appearing recently in recital at the National Arts Gallery in Ottawa. The coming months will find her with the Turning Point Ensemble as part of the Cultural Olympiad, with violinist Marc Destrube in Artsway concerts, and in chamber concerts at the Silk Purse, VCC, and on Vancouver Island and she will be involved in various recording projects. She will end the season with a performance of the Grieg Concerto with the Fraser Valley Symphony. Her performances consistently receive rave reviews. As Lloyd Dyck wrote in the Vancouver Sun, “her performance had such an impact that I wanted to hear it again, right away.”

Rhapsody in Blue - Re-envisioned - one more successful project with the novel idea of a collage of the most popular pieces by George Gershwin! 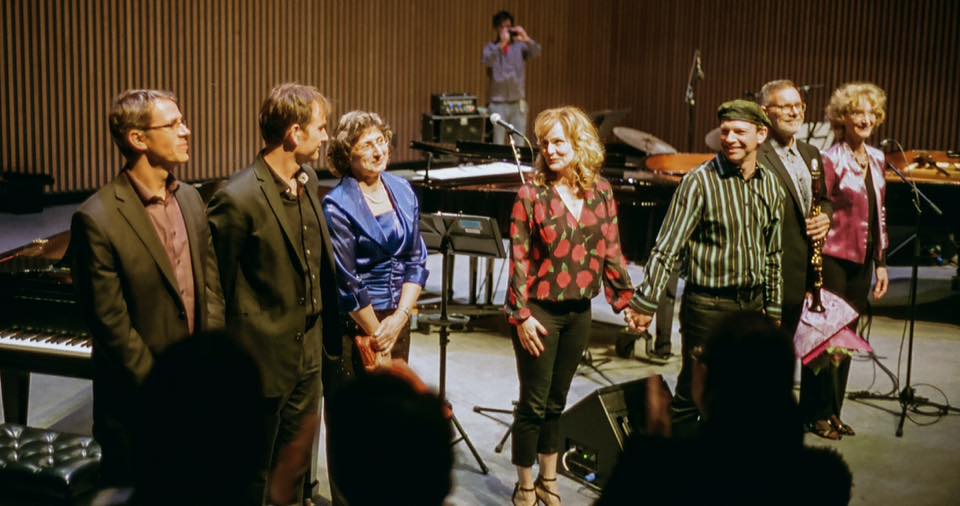 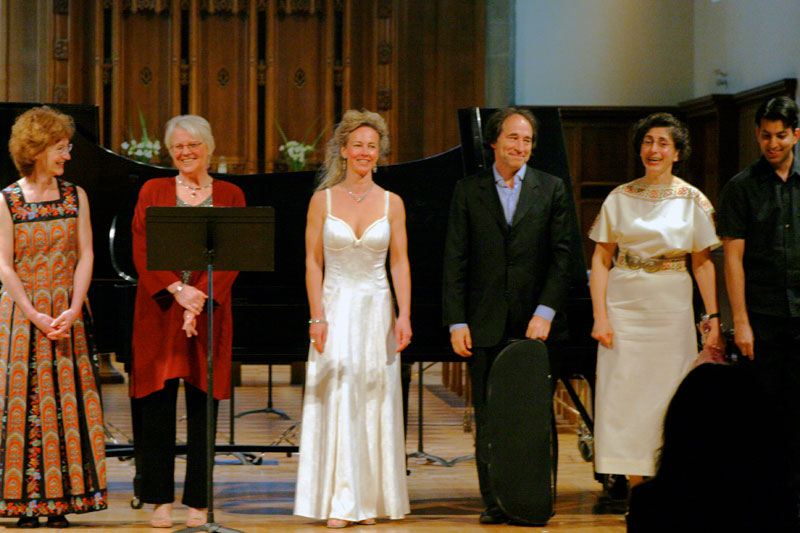