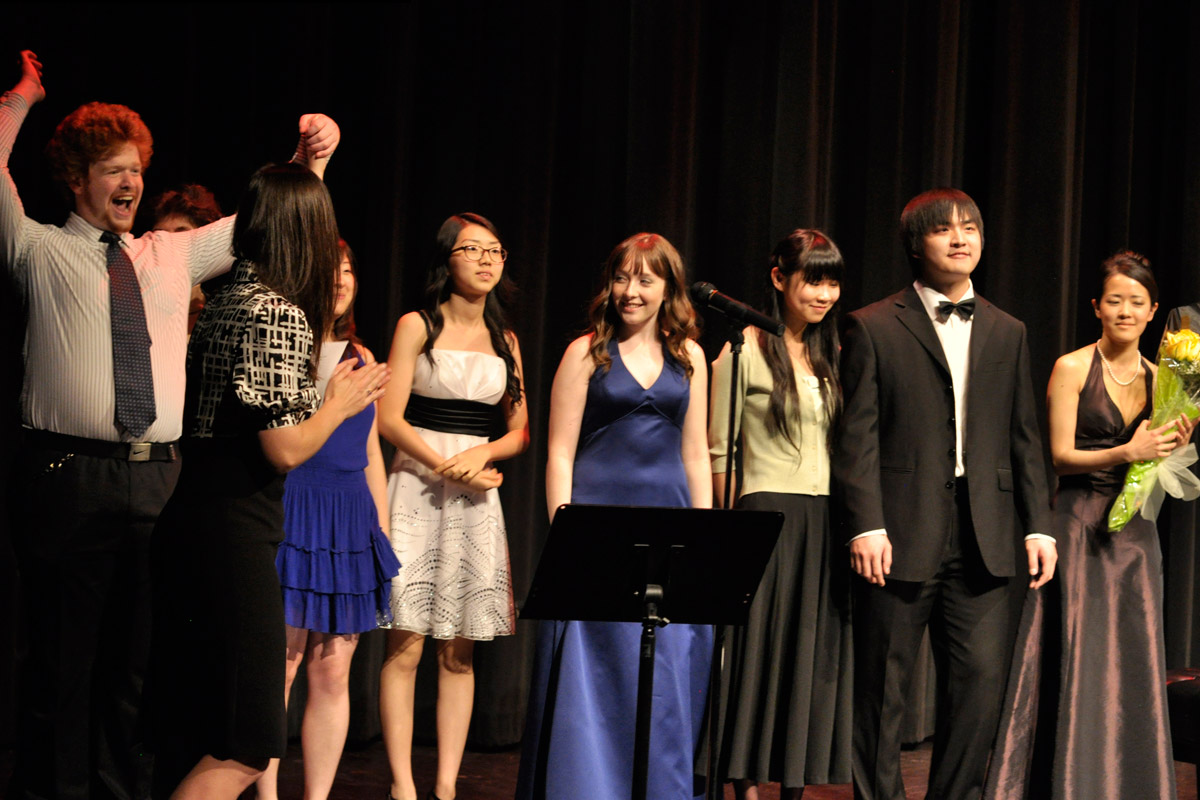 Yarilo Music is pleased to announce the establishment of a scholarship fund within the society to be awarded to young musicians in advanced music studies.

Many musicians well know, in a world of competing talents, the importance of achieving professional designation is key to establishing themselves as truly distinguished musicians. Obtaining certification at an advanced level is no small feat, demanding in determination, discipline, and a relentless strive towards excellence.

As demanding as the practising regiment is the financial requirements for completing all the exams for advanced certification. With the advanced practical exam itself priced over $600, the year of preparations leading up to certification normally costs thousands of dollars. Further, to pursue post-secondary education in music also require hefty application fees, all of which place additional financial burden on the young musicians and their families.

Yarilo is seeking to help out the young performers ready to make that commitment towards professionalism and excellence, by offering a substantial scholarship of $2000 towards advanced music studies of a young musician, through an open competition

Jane Hayes’ repertoire spans baroque through contemporary solo and chamber music. For years, she was a favorite collaborator of cellist Harvey Shapiro in the Victoria International Festival of the Arts and has partnered such fine instrumentalists as violinists Eugene Fodor and Daniel Heifetz, cellists Andras Diaz and Tsuyoshi Tsutsumi, and flutists Julius Baker, Carol Wincenc and Bonita Boyd among others. But as a performer and teacher, Jane has been noted for her involvement in making contemporary music accessible to audiences, students and teachers. In 2002, as a founding member of the Vancouver-based Turning Point Ensemble, Jane endorsed the group’s mission – to increase the appreciation and understanding of music composed in the past hundred years and to initiate a renewal of Canadian twentieth century music with the building of new repertoire by outstanding composers. To that end, Jane has premiered dozens of new works written for her, for the Turning Point Ensemble and her two-piano Yarilo Ensemble.

Jane was recently awarded a major recording grant from the Barbara Pentland Project administered under the auspices of the Canadian Music Centre. This grant will see her record three of Pentland’s early solo piano works this summer and the recording will ultimately be accompanied by a teaching edition of the works.

In addition to her full-time position as Director of Keyboard Studies at Kwantlen University College, Jane finds time to appear frequently as both soloist and chamber musician. In addition to the Vetta and Turning Point Ensemble concerts this season, Jane performed the world premiere of American composer Christopher Marshall’s Renasence, a work for solo piano and wind ensemble, with the Pacific SymphonicWind Ensemble. She can be heard this summer with the Yarilo Ensemble in a program of Bulgarian music that has been generously sponsored by the BC Arts Council and will appear in recital with clarinetist Francois Houle at Festival Vancouver.

Her performances consistently receive rave reviews. As Lloyd Dyck wrote in the Vancouver Sun, “[her performance] had such an impact that I wanted to hear it again, right away.”

Pianist Rosemary O’Connor lives near Vancouver Canada where she performs regularly with various chamber ensembles including the Quiring Chamber Players and Davidsbündler Duo with her husband, violist Reg Quiring. Locally she has been invited to collaborate with Pro Nova Ensemble, Trio Accord, Standing Wave Ensemble, and Metta Ensemble. Rosemary co-produces and performs regularly at the Evergreen Cultural Centre’s Chamber Music Series as a member of the Quiring Chamber Players along with guest artists such as Ian Swensen, Anita Krause, Dale Barlthrop , Andrew Dawes, Catherine French, members of the Vancouver Symphony and Borealis Quartet.same day cash advance Rosemary’s recent CD release( ORF label) of Austrian composer Richard Stoehr’s piano music was featured on CBC Radio’s Espace Musique with Alain Lefevre as well as CFRO’s “West Coast Classics”, and ORF Radio in Vienna. She has also produced a CD of viola and piano works as a member of Davidsbündler Duo.

Rosemary has performed solo and chamber music concerts in the US, Canada, Germany, Lithuania, Brussels, Portugal and Italy. Her concerto appearances have elicited reviews such as “ Pianist Defines Beethoven” in her performance of Beethoven’s 4th Concerto (Redlands Symphony) and “She brought audible reactions and a standing ovation with the energy of her performance” in Mozart’s Concerto K. 482 with original cadenzas (San Bernardino Symphony). Other concerts include Weill Hall at Carnegie Hall in New York, Music at the Vinyards in Napa Valley, Pender Harbor Festival BC, Chintimini Chamber Music Festival in Oregon, Sundays at 4 from the Los Angeles County Museum of Art (live radio broadcast), Midi de Minimes festival in Brussels, Alora Festival in Ontario. 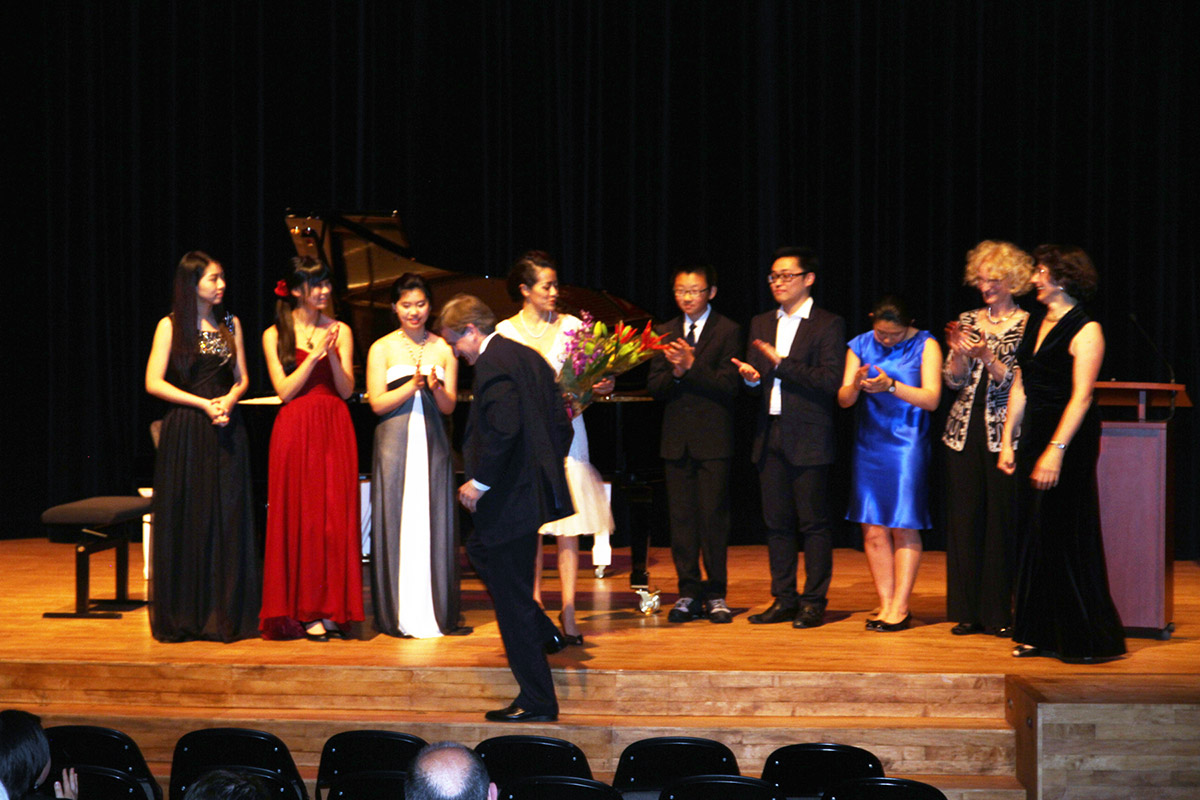 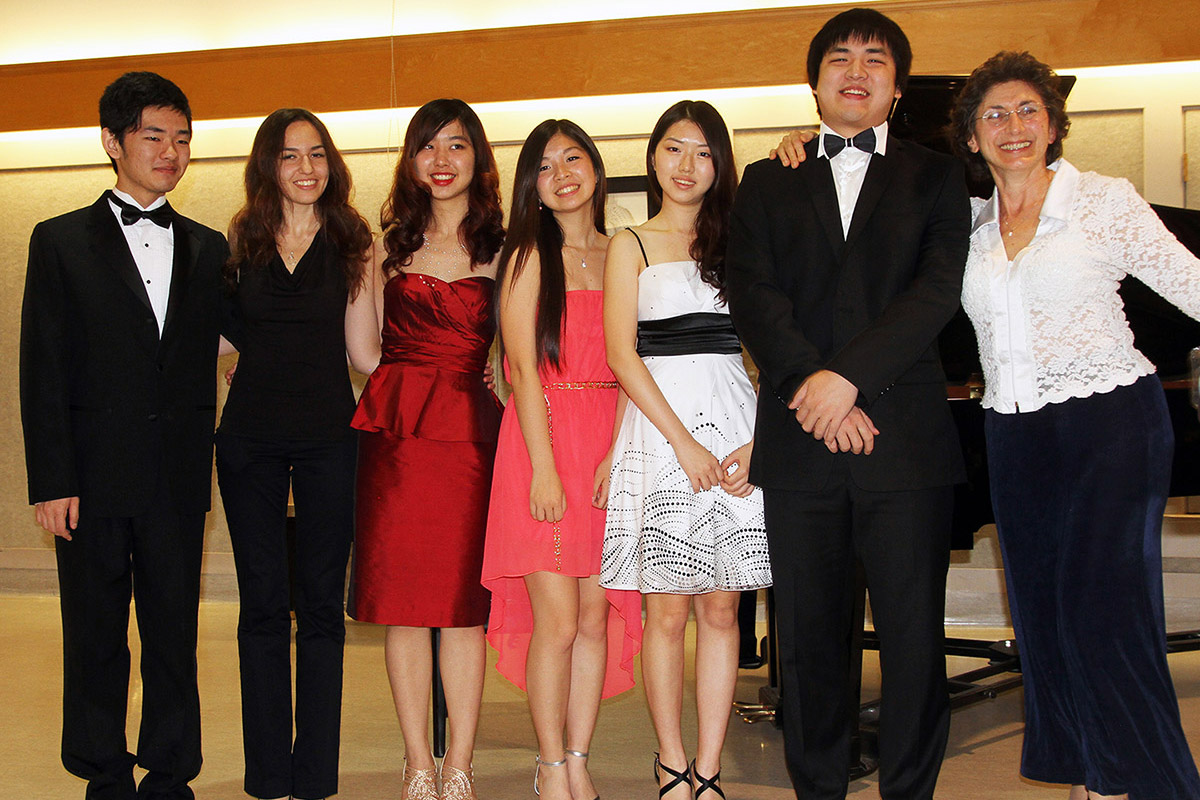