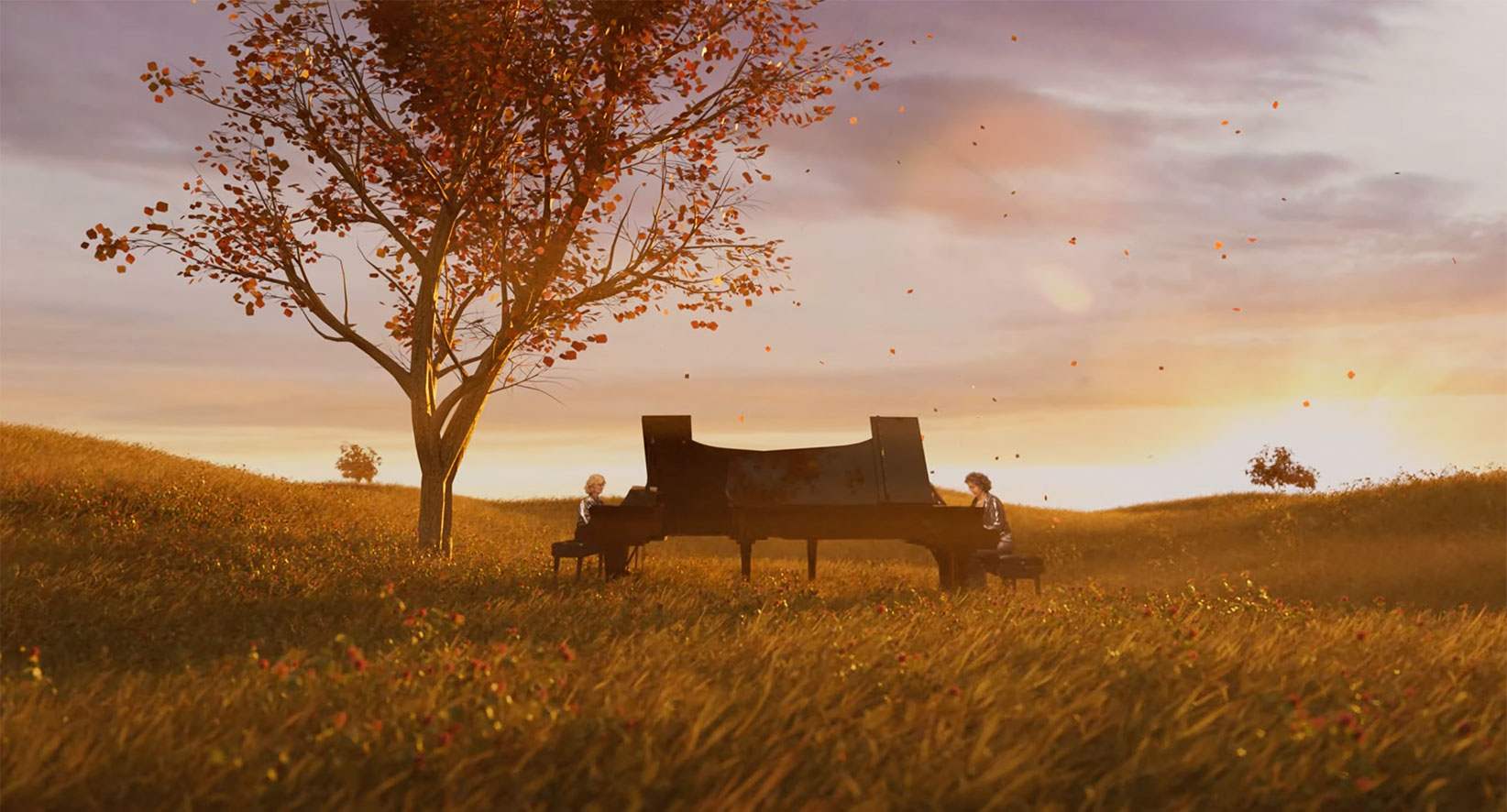 Firewind - an exploration in audio-visual interaction between sound and natural phenomenon, permeating the world and setting of its performers.

The composer John Burke (1951-2020) forged a musical aesthetic that embraced the transformative power of myth and the relationship of sound. He became interested in “engaging the listener at a far deeper level of awareness than the conventional concert hall dynamic could offer”. Following his ideas, we demonstrate how the power of music can be reflected in the surrounding world - generating waves of wind that ripple through the grass and leaves. We built this living and reactive world using Blender, and transported our performers there using Davinci Resolve.

John Burke, a much-decorated musical personality, composer, teacher and thinker, was the recipient of many awards including the prestigious Jules Léger Prize. Firewind, for two pianos is a ground-breaking composition that dates from 1978. It is a work of remarkably cohesive construction and unique piano techniques. Burke takes a novel approach to two-piano writing, unifying them to create a single instrument, one that emphasizes the long line, which he describes as “tautly organized”. Firewind is the composer’s masterful primal musical response to the Expressionist aesthetics of painter Paul Klee, one similar to that shared between Alexander Scriabin and artist Vasily Kandinsky and espoused in Scriabin’s 1911 tone poem Prometheus. This work won first prize in 1980 in the small ensemble category in a CBC competition.