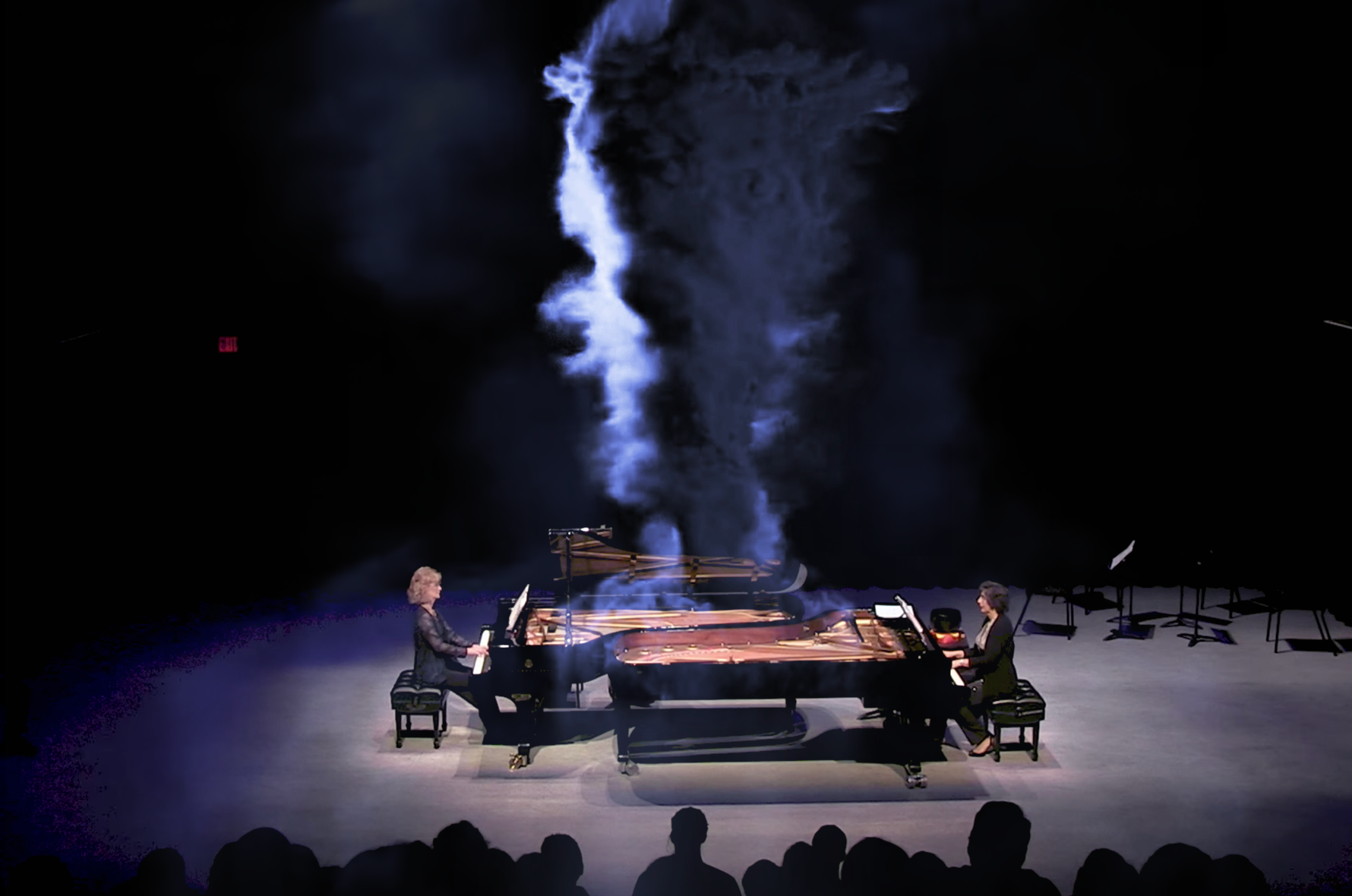 Early in 2020, the eminent Canadian composer John Burke passed away. Our project is dedicated to him with a video recording of two of his outstanding 2-piano pieces “Firewind” and “O Bell Enfant”. The latter work is among his last compositions. It was commissioned by Yarilo Music Ensemble and premiered 2015 in Vancouver with the composer present at the premiere.

On the program is also Alexander Scriabin’s “Prometheus - Poem of Fire”.

The music will be enhanced with special video effects; we will use 3D software Blender with the state of the art Mantaflow fluid simulation engine. This will create a virtual 3D stage with the pianists.