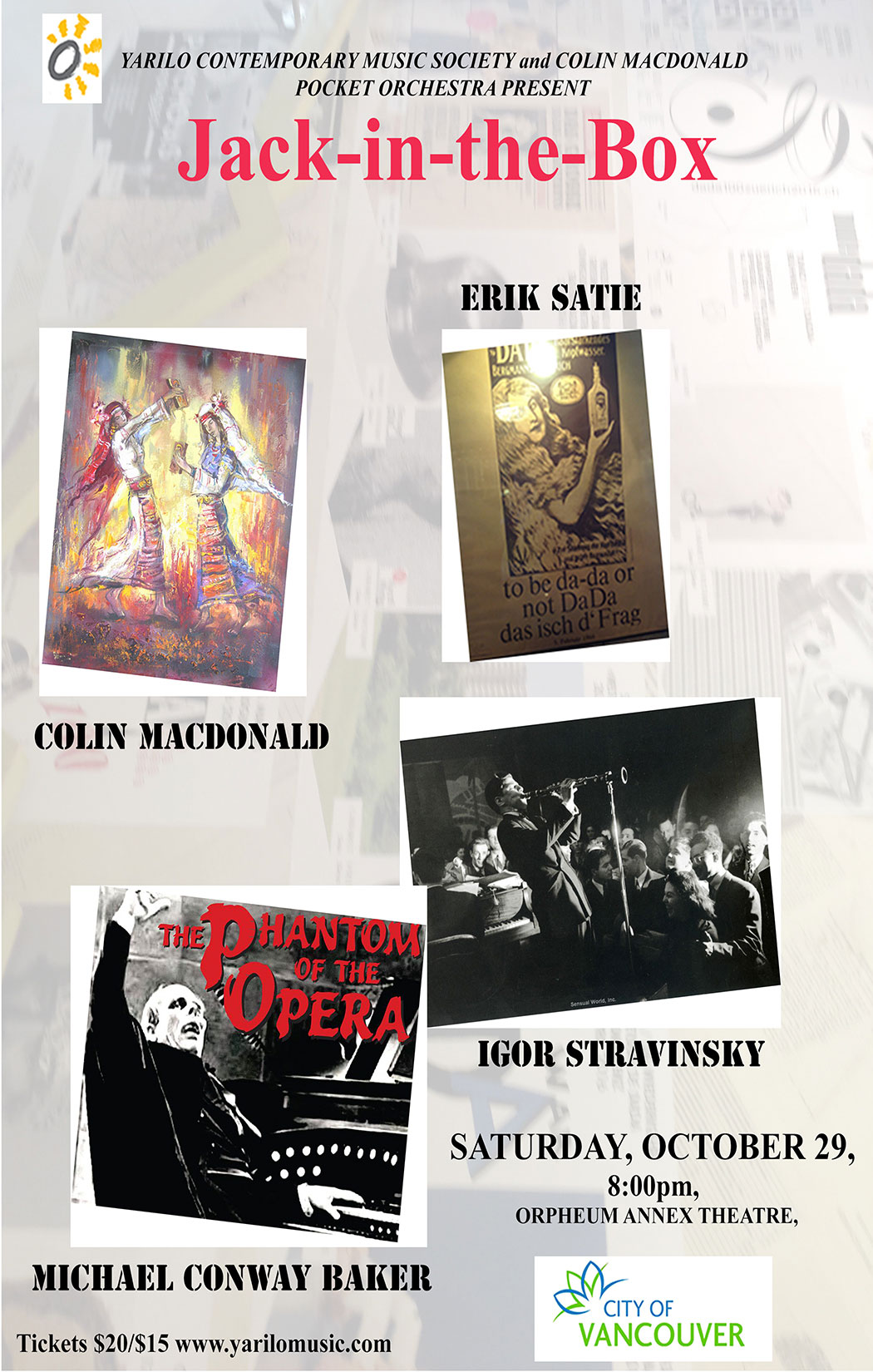 Jack in the Box

What an exciting production, we had a full house, and many guests!

Yarilo with ProArte Ballet and percussionist Martin Fisk – “The Phantom of the Dance” – especially written for Anna and Jane by Vancouver composer Michael Conway Baker.

Once again Yarilo is offering intriguing new, and unexpected musical ideas! This time we will take you on a path of musical freedom – unrestricted, unpredicted! Together with Colin MacDonald Pocket Orchestra and ProArte Ballet Company we will follow on the steps of Francis Picabia, one of the fathers of the Dada movement who said: “My mind depends on rhythm, dance, movement” and we will play, dance with rhythm and movement!

Our “Jack in the Box” is a musical journey back in time in which we re-envision the atmosphere of some of history’s entertainment hotspots. We will begin in the smoky cafes of turn of the century Paris in the heady days of Toulouse Lautrec, Cancan girls and the music of Erik Satie. The “Grande ritornelle” from Satie’s “La Belle Excentrique” serves as a promenade as we dance our way from Paris with Satie’s ballet “Jack-in-the-Box” to the early cinema and Michael Conway Baker’s “Phantom of the Dance,” a musical retelling of the silent film classic. Dance is the common theme as we move next to a public square for a moving celebration in an Eastern European village with a new commission by Colin MacDonald. Finally, we cross the globe to revisit the clubs of New York and Los Angeles during the Swing Era, with a performance, of Igor Stravinsky’s jazz classic, “Ebony Concerto.” Satie provides our musical guide on route.