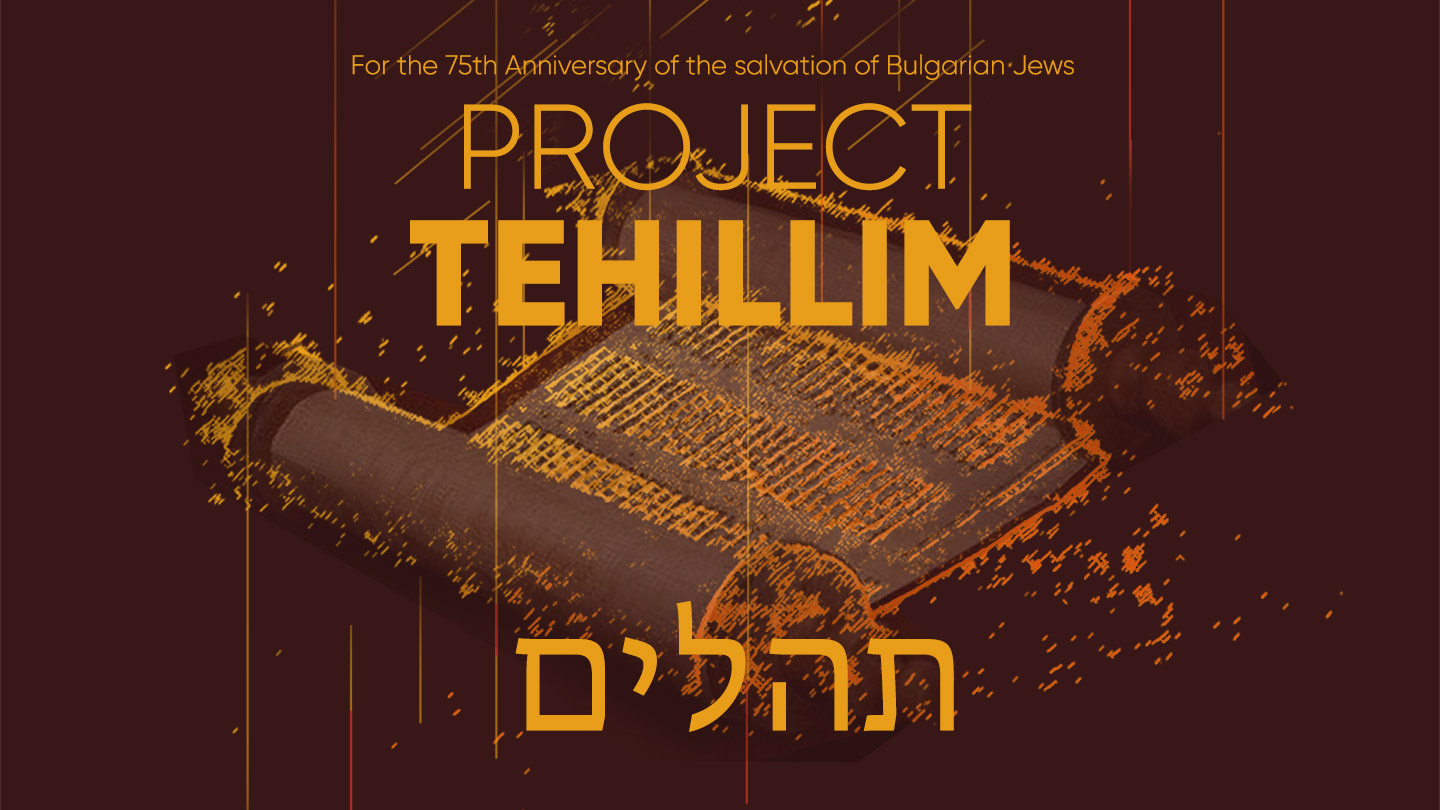 On May 27th Yarilo Contemporary Music Society presents the second of the series of concerts dedicated to the 75th anniversary of the salvation of the Bulgarian Jews during WWII with a performance of Steve Reich ‘s TEHILLIM.

7 p.m. – The event opens with the exhibition “The Power of Civil Society – Fate of the Jews in Bulgaria 1940 – 1944”, developed jointly by the State Institute of Culture at the Bulgarian Ministry of foreign affairs and the Center for Jewish Studies of Sofia University, presenting photographs, facsimiles and texts to explain the social, political and historical context.

8 p.m. – The centre piece on the program is the 20th century masterpiece Tehillim, by the greatest living Jewish-American composer Steve Reich.

Twenty-three of Vancouver’s top musicians under conductor Les Dala, will come together on the stage of the Orpheum Annex Theatre, to perform this unique and exciting composition. The exhibition and concert will be followed by a reception.

PROJECT TEHILLIM commemorates the 75th anniversary of Salvation of Bulgarian Jews during WWII. In 1943, during the most horrific atrocity, the annihilation of European Jews, Bulgaria defied Hitler and saved all 50 000 of its Jews, a fact still very little known to the world!

We dedicate our 2018 concert programs to these special historic events with three different concerts. The choice of music highlights the Jewish genius and intellect, and it is written by Jewish and non-Jewish composers: Ernst Bloch, Srul Irving Glick, Steve Reich, György Ligeti, Ravel, Tchaikovsky.

The date of the concert coincides with the important date of Bulgarian Enlightenment, May 24th. This was the date when in 1943, the big civil protest, led by the Bulgarian Orthodox leaders, resulted in the cancelation of the second, and final attempt for deportation!