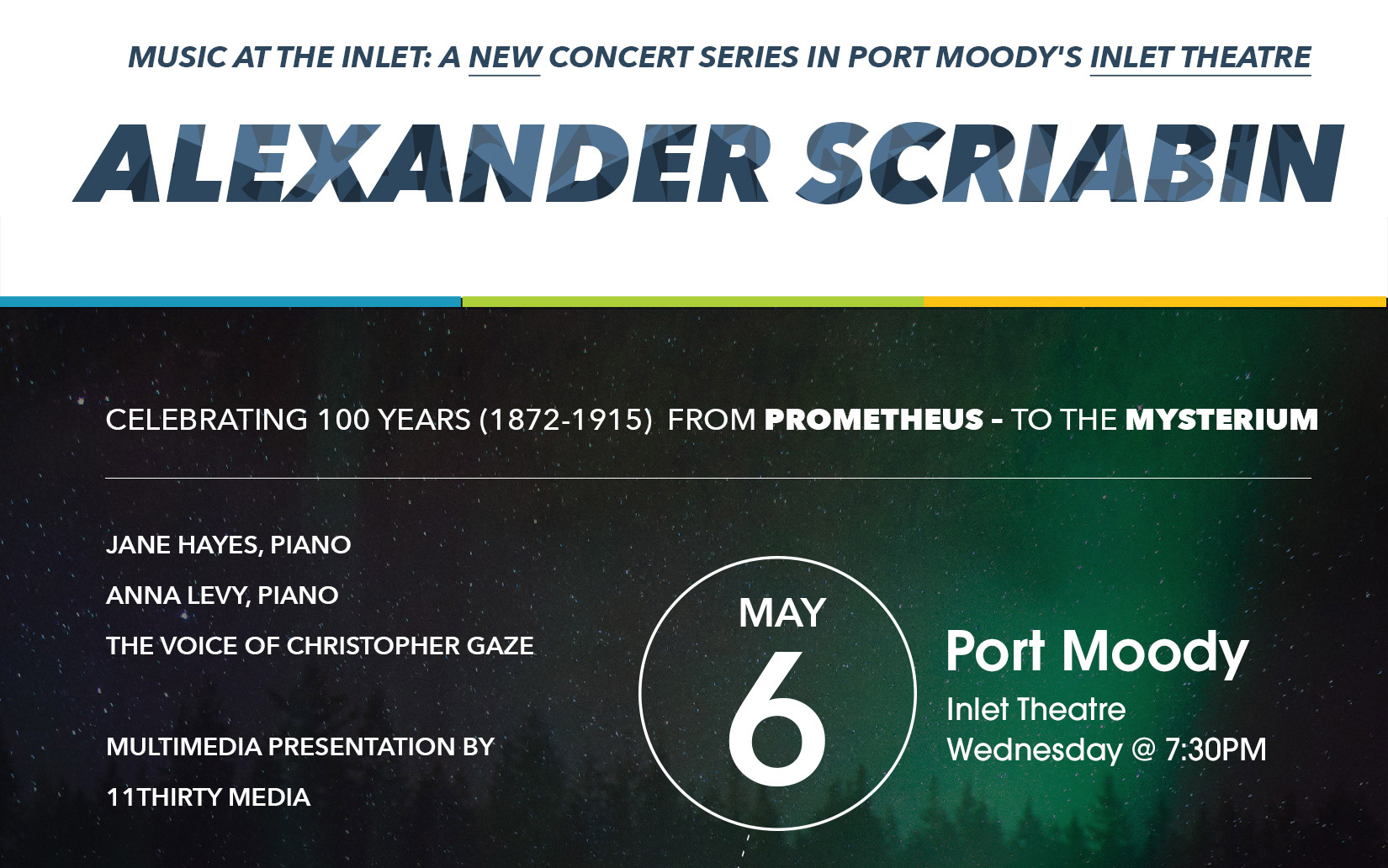 Ignite, sacred temple from the hearts’ flame Ignite and become a sacred fire. Alexander Scriabin – “The Prefatory Act” This year, 2012, marks the 140th anniversary of Scriabin’s birth, and we wish to offer to the Vancouver public the opportunity to hear this rarely programmed music.

Russian composer Alexander Scriabin (1872-1915) was involved with Russia’s mystic Symbolists, whose influence is strongly reflected in his last completed composition, the opus 60 tone poem, Prometheus-Poem of Fire. This was the work that opened the door to his final composition; the monumental but never finished Mysterium.

As an added feature we are delighted to present an exhibition by Switzerland-based artist Irene Dobreva-Mueller of a collection of Prometheus-inspired paintings. The works will be on display in the foyer of the theatre.

Our program will feature a unique version of this celebrated work in a transcription for two pianos prepared during the composer’s lifetime by his friend and colleague Alexander Sabaneev. The presentation of this version will accompany a reading and dramatization of the Mysterium’s libretto, which Scriabin himself had written, in a bid to realize some of the composer’s progressive artistic ideas.

For an idea of the music of the Prefatory Act, Sabaneev recalls in 1914 listening to Scriabin play portions of it… “I listened with a feeling of paralysis… The impression of this was, perhaps, the most powerful of all I’d heard from Scriabin”.